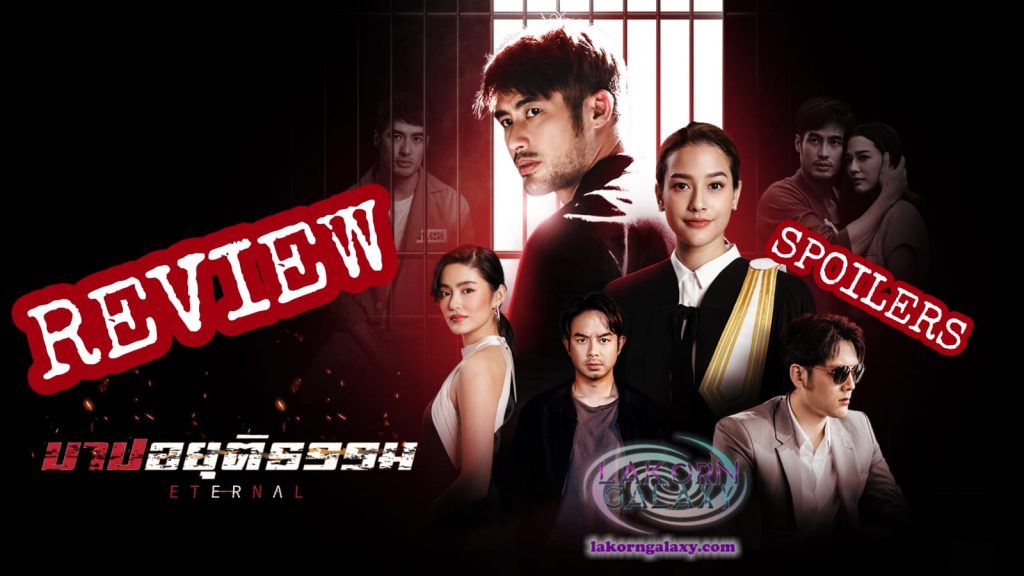 Some weeks ago we ask what you would do if your significant other had put you in prison for 11 years, and talking to the other Admins we said we wouldn’t forgive that person. One Admin is specially revengeful, so she said she would hunt them and killed them (Don’t mess with that Admin!) Knowing how she is, it shocked me when she told me she had changed her mind after watching Barb Ayuttitham subbed by Thippy.

I went and binged watched, I used all my sleeping, and now I look like a zombie writing this, but it was worth it! Their chemistry is so good, you want to jump into the scene and make them kiss each other more than they kissed because this is one of those action lakorns that have more romance than the “romantic” ones that barely touch their hands!

Tawan adn Plaifon had strong characters and are not quite similar to other characters in the same revenge plot of other Lakorns, If you have watched it, you’ll know why I said so. Although Tawan wants revenge, he doesn’t go on a rampage as soon as he is set free, there’s even a moment when he decides to live peacefully, but then the coward villain messes with him again and makes him retake his revenge plans. Plaifon is not the typical idiotic nang’ek that wants the pra’ek to forgive his family just because. She knows she was in the wrong without knowing it was all planned by her brother, she was also scammed, and tried her best to correct her mistake. I loved the moment she said she wouldn’t begged for her brother’s life because she knew all the pain and deaths caused by him, and it was at that moment that Tawan becomes the bigger person.

Tawan and Plaifon had emotional wounds, I sympathize with both, and I don’t blame Plaifon for doing what she did, she was just a kid, and she practically found out the truth at the same time Tawan did.

Other Admins and me shared our favorite moments of this lakorn and I compiled them in this video. I hope you liked it!

That was a good review, thanks to you and all admins. The subtitles on the video can be read easily.

Your comments nailed it & well-said… concise & informative. I can’t help but comment….Actually, this is my very first time making comments on lakorns (although I’m the kind of person who prefers to keep my views to myself😉😊). A highly recommended lakorn👍

A lakorn that will taught you more MORALE LESSONS..from a cat turn into a tiger..from hatred leads u to become a bad person…from vengeance learned to accept the truth…and at the end LOVE still the most powerful to FORGIVE those people who hurts u from the past eventhough they were the one who caused your pain..